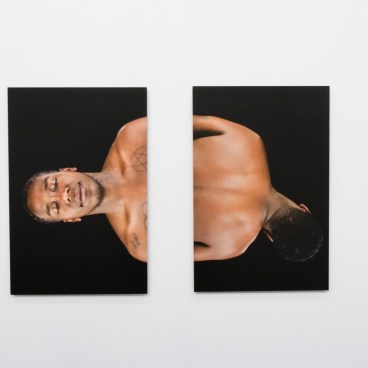 Evie Leder was born in New Orleans in 1964. Leder is a three-time winner of San Francisco Arts Commission Individual Artist Commission. She is also the recipient of the Princess Grace Award, a New York Expo of Short Film Jury Award and a grant from the Sisters of Perpetual Indulgence. Leder is a member of “A Simple Collective” in San Francisco and a founding member of “the lesbianfilm collective”.

Leder’s art concerns itself with the tensions inherent in the moving image: It’s seductive nature, the flickering light, the voyeurism, the acts of looking and being seen and the power of the gaze. Her work focuses on recontextualizing gender and the socially agreed-upon constructs that hold up our gender and sexuality systems. Her current focus is on male representations.

In 2016 Leder was selected as a charter tenant at the Minnesota Street Project Studio Program. She holds a BA from Hampshire College and an MFA from UC Davis.

Leder lives and works in San Francisco and is represented by Black & White Projects.